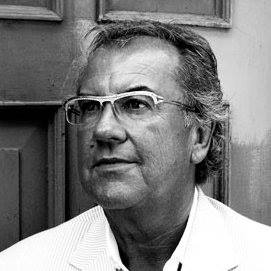 POMBERGER Goisern was founded in 1984 by Johann Pomberger and is a third generation family business. The company has been run as a GmbH since 2015, with Johann’s son Hans Peter and grandson Jürgen Pomberger as managing directors.

The company made a remarkable breakthrough on the international market with its own brand “Johann von Goisern”, which combines the first name of the company’s founder “Johann Pomberger” and the company location “Goisern”. Starting 2010 only frames of this brand were produced. The company’s export share has since risen to around 70%.

With almost 40 employees, POMBERGER Goisern develops, produces and sells spectacle frames for customers in over 20 countries. Austria, France, the Netherlands, Great Britain, Germany, United States and Canada, are among the company’s most important markets.

Customers and partners appreciate the high quality and the extraordinary design of the “Johann von Goisern” frames, as well as the excellent service offered by the employees.

The company received awards such as the Upper Austrian “Handwerkspreis” (“Fashion & Lifestyle”), the Traunstein Award (“Innovation”), the Opticon Supplier Award (“most reliable supplier”) and the Best Business Award (silver and gold).